Indian Haj pilgrims to go ‘Vocal for Local’; indigenous items to be given to pilgrims at embarkation points in India

Selection process of Haj pilgrims based on full COVID-19 vaccination

Online application process for Haj 2022 starts today, 1st November, 2021. This has been announced by the Union Minister for Minority Affairs Shri Mukhtar Abbas Naqvi, at Haj House in Mumbai today. The Minister said that Haj 2022 is being held with significant reforms and enhanced facilities.

Announcing the pilgrimage, the Minister said: “The entire Haj process will be 100 percent online. People can apply online and also through ‘Haj Mobile App’, equipped with modern facilities. The last date of applying for Haj 2022 is 31st January, 2022. The App has been upgraded with the tagline ‘Haj App In Your Hand’; it contains several new features which include frequently asked questions, information to fill up the application form and videos giving information to applicants to fill up the form in a very simple manner.”

The Minister said that this time, Indian Haj pilgrims will promote “Vocal for Local”, going to Haj with indigenous products. Earlier, Haj pilgrims used to buy bed sheets, pillows, towels, umbrellas and other items in Saudi Arabia in foreign currency. This time, most of these indigenous goods will be bought in India in Indian currency. While these goods will be available in India at about 50 percent lower prices in comparison to Saudi Arabia, it will also encourage “Swadeshi” and “Vocal for Local”. All these items will be given to Haj pilgrims at their respective embarkation points in India. 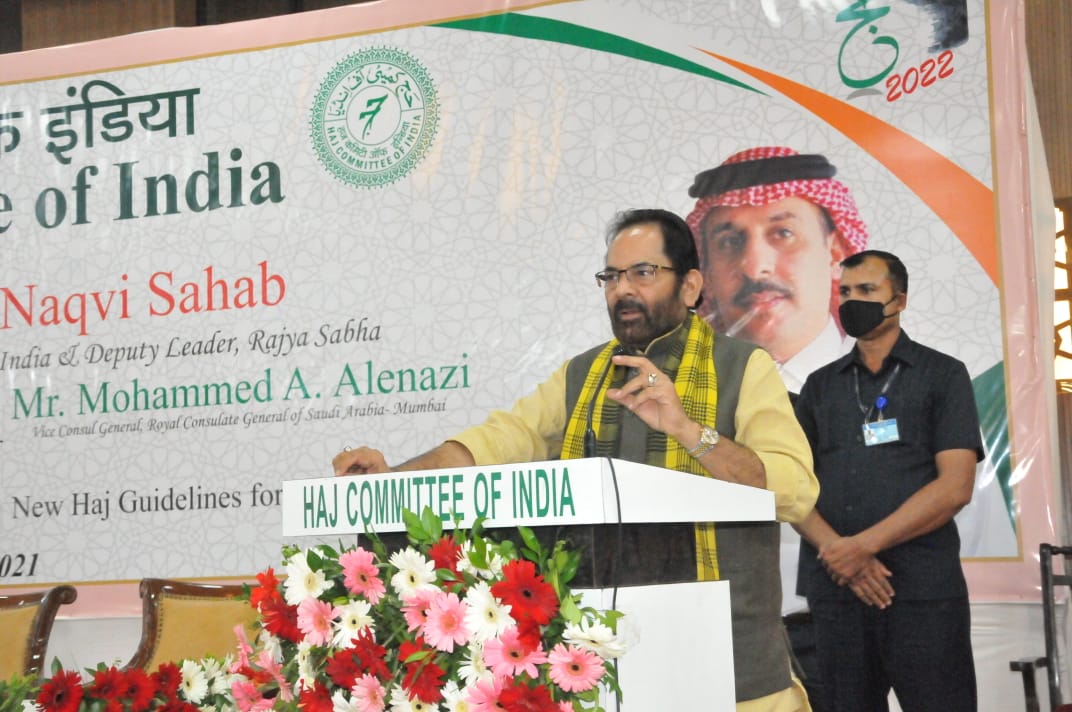 Selection Based on Complete COVID-19 Vaccination

Shri Naqvi said that the selection process of Haj pilgrims will be done according to complete vaccination with both the doses and guidelines and criteria to be decided by Indian and Saudi Arabia Governments, keeping in view COVID-19 protocols during the time of Haj 2022.

Shri Naqvi said that the entire Haj 2022 process has been chalked out after deliberations among Ministry of Minority Affairs, Ministry of Health, Ministry of External Affairs, Ministry of Civil Aviation, Haj Committee of India, Indian Embassy in Saudi Arabia and India’s Consul General in Jeddah and other agencies keeping in view all aspects of the pandemic challenges. 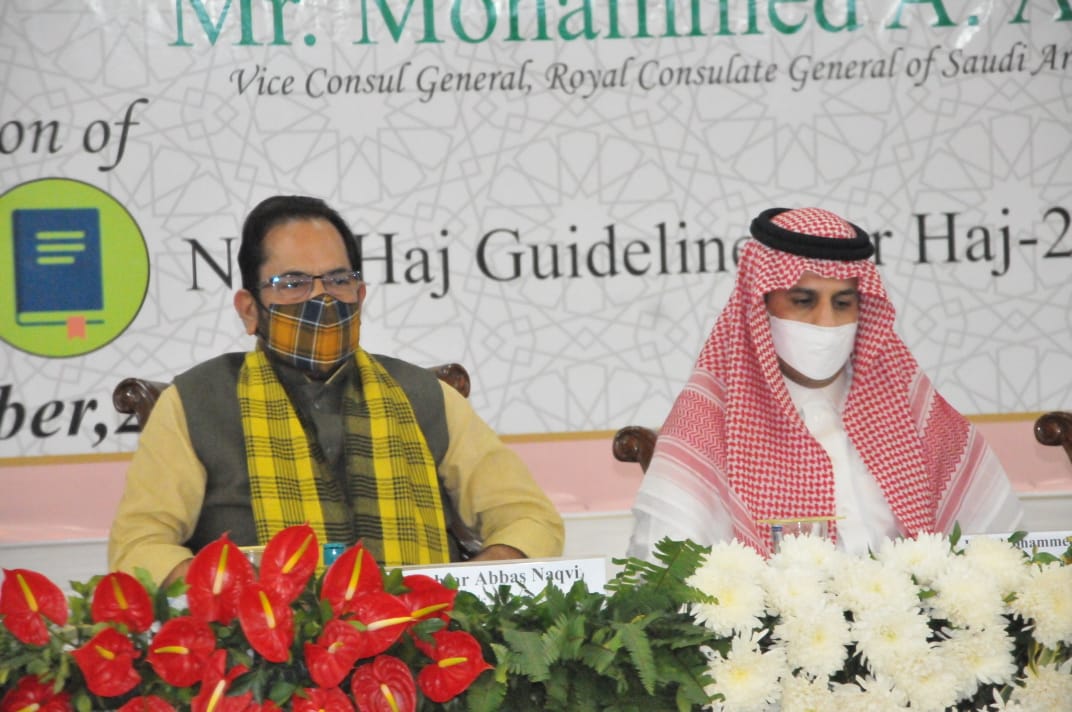 Shri Naqvi said that Digital Health Card, “E-MASIHA” health facility and “E-luggage pre-tagging”, providing all information regarding accommodation/transportation in Makkah-Madinah, will be provided to all the Haj pilgrims. Haj related services provided by Govt. of Saudi Arabia can be accessed at: https://www.haj.gov.sa/en/InternalPages/Details/10234

Union Minister Dr Jitendra Singh reviews the outcome of Special Campaign launched during the period 2nd October to 31st October, 2021 for disposal of pendency in Government of India