Union Minister Dr Jitendra Singh reviews the outcome of Special Campaign launched during the period 2nd October to 31st October, 2021 for disposal of pendency in Government of India

Says, Government earned about Rs 40 Crore through scrap disposal and more than Eight lakh square feet of space has been generated from avoidable occupancy

More than 13 lakhs 73 thousand files weeded out and over 2 lakhs 91 thousand public grievances redressed within a short span of 30 days: Dr Jitendra Singh

It may be recalled that the Minister had launched the Special Campaign on 1st October, 2021for disposal of pendency in all the Ministries/Departments of the Government of Indiaduring the period 2nd October to 31st October, 2021 under the nodal department of DARPG (Department of Administrative Reforms and Public Grievances). 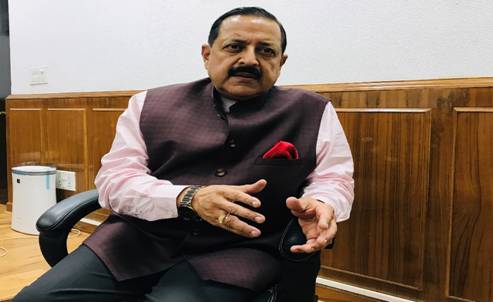 At a special review meeting with top officials of DARPG on the outcome of the campaign, Dr Jitendra Singh noted with satisfaction that more than 13 lakhs 73 thousand, 204 files were weeded out of 15 lakhs 23 thousand 464 files identified for the purpose. Similarly, against the target of 3,28,234 Public Grievances, 2,91,692 grievances were redressed within a short span of 30 days. Out of 11,057 References from MPs, 8,282 were resolved. Moreover, 685 out of 834 identified Rules and Processes were simplified during the said period.

DrJitendra Singh said that the Special Campaign on Disposal of Pendency in Government was conducted on the directions of the Prime Minister Shri Narendra Modi and the progress will be presented to him this week. He said, the Special Campaign was aimed at ensuring timely and effective disposal of Public Grievances, References from Members of Parliament, State Governments, Inter-Ministerial Consultations and Parliamentary Assurances by each Ministry/Department and its attached/subordinate offices during the campaign period.The Minister informed that during this special campaign, files of temporary nature were identified and weeded out as per the extant instructions and redundant scrap material and obsolete items discarded to improve cleanliness at work places.

Getting inspired by Modi’s Swachh Bharat Mission, which became a Jan Andolan in the country, Dr Jitendra Singh promised to continue this practice in future to make the work places hygienic, clean and clutter-free. He also instructed DARPG to do a comparative analysis of all the Ministries/Departments of the Government of India on reduction of pendency of various categories and also to cull out the best practices to be shared with all to foster a competitive spirit.The Minister reiterated that the motivation behind the campaign should last even after it is over as pendency reduction is a continuous process.

Department of Administrative Reforms & Public Grievances (DARPG) was the nodal Ministry to monitor the implementation to this campaign. A dedicated Dashboard was created for this purpose and detailed guidelines in this regard were issued to all Ministries/Departments of Government of India. Each Ministry/Department had designated a Nodal Officer for the special campaign. The progress was monitored by the Secretaries/HOD on daily basis. Dedicated portal at https://pgportal.gov.in/scdpm has been created and made live from 22 September 2021 to enable the Ministries to feed the data on identified parameters

BijliUtsav’ organized by REC in Kevadia as part of AzadiKaAmritMahotsav